The PV series has been developed for the 1500VDC photovoltaic industry as a stand-alone DC DC converter to power control systems in remote locations. 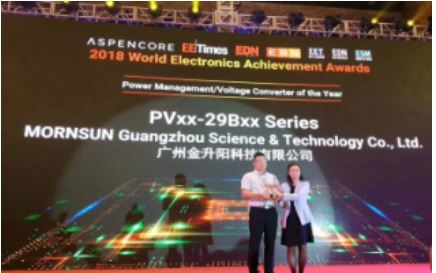 These converters also operate normally even in harsh environment with operating temperature of -40℃~+85℃ and at high altitudes up to 5000m. Besides, PVx-29Bxx series feature multiple protections to improve system safety such as input under-voltage, reverse voltage, output short-circuit, over-current and over-voltage protection. This series of DC/DC converters are widely popular among domestic and international markets. Till now, the PV series products have input ranges of either 100 to 1,000V or 200 to 1,500V and are available with output powers up to 200 Watts.

The wide input operating voltage of the PV series makes them suitable for use as controllers in combiner boxes (linking multiple panels in series to reduce cable diameters and costs), actuator position control and telemetry systems.

Applications for the PV series are not just limited to the solar sector(typical applications are PV combiner box and PV inverter). With the simple addition of a bridge rectifier and a small smoothing cap, you have a converter which can operate from single phase and 2 phase systems.